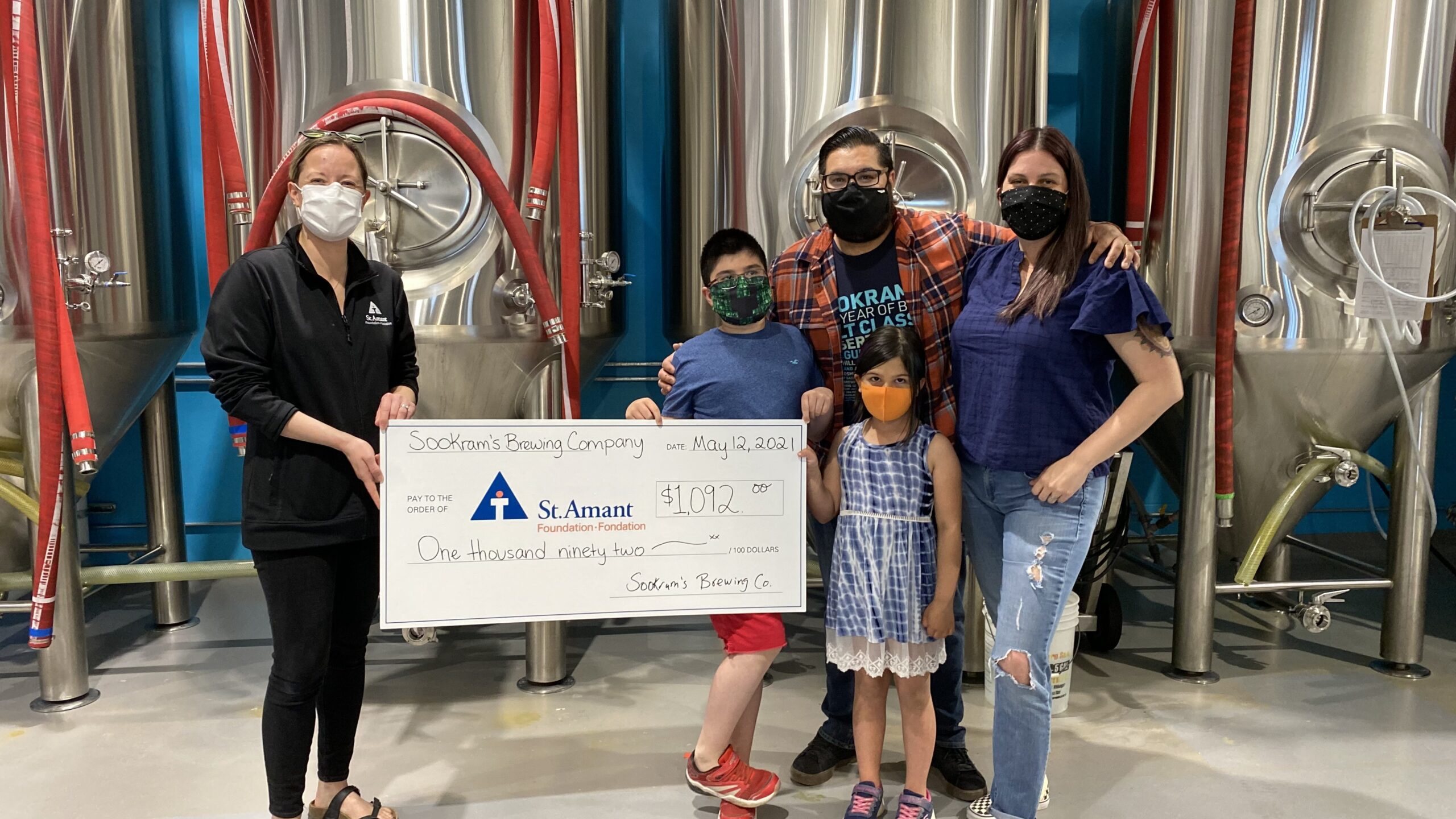 Andrew Sookram and wife Kristin became involved with St.Amant when their son was diagnosed with Autism Spectrum Disorder more than seven years ago. Andrew recounts the support they received and the difference it made for his family with tenderness in his voice. “Lucas loved Miss Megan,” he says with a smile. Miss Megan, a St.Amant autism tutor, became an integral part of Lucas’s days, and Andrew and Kristin quickly saw his confidence increase and an improvement of his social skills.

As their family grew, Andrew took the leap from corporate life to pursue his passion and open his own brewery. After years of planning and home brewing (and winning multiple awards), the dream of opening his own brewery became a reality. In 2019, Sookram’s Brewing Co. began, and an important component of his vision for a socially-conscious, family-owned business involved charitable giving.

Andrew says, “I always knew that I would want to give back to the community in some way.”

When it came time to choose a charity partner, their experience quickly brought St.Amant to top of mind. Since opening, Sookram’s Brewing Co. has donated nearly $5,000 to the St.Amant Autism Program. A portion of each sale of the Cult Classic beer is earmarked for this charitable giving.